BASIC RESISTANCE GUIDE TO THE TESSELLATION

Fight against the Enlightened and the Nemesis

The Resistance requires your help in defeating the Enlightened and the Nemesis in the Tessellation challenge. The Tessellation is an on-going event that started in October and is due to end in late May. It is a part of an Ingress lore struggle against the Nemesis, an invader from an alternative dimension.

NOW YOU CAN PARTICIPATE IN THIS CHALLENGE FROM HOME

Check the below points to get a better idea on what the Tessellation is about:

This is the official Tessellation guide by the NIA – it should provide answers to most of your questions. In Tessellation, we fight over control of media artifacts, called the Tessera, or Tesserae in plural – the target is to be the first faction that uploads the screenshot of the Tessera to the correct forum thread.

The website below is the Tessellation board – where all the already resolved Tesserae are placed. It represents the second part of the challenge – predictions! First 3 agents of each faction that upload the Tessera screenshot will be eligible to make a prediction – guess where on the board that particular Tessera should be placed. You can read all about it in the Guide above, but don’t worry, if you happen to be one of the 3 agents, the Resistance internal coordinators will get in touch with you and explain everything.

We are excited to see all the new-comers to this fun challenge. It is never too late to join, we are happy to welcome you to the team!

This team is here to help the Resistance win the Tessellation!
Participation is key – your help will be very appreciated.

KEEP AN EYE ON THE TESSELLATION CATEGORY ON THE INGRESS FORUMS

New Tessera threads are announced in this category, usually with some advanced notice. We usually announce Global Tesserae in the RGNN Ticker, when they happen. Make sure you register on the forum in advance, so you have the permission to post pictures.

Currently, there are 3 types of Tessera challenges in effect:

🔹Your objective is to redeem one passcode from the PDF that will appear in the thread (the link to the PDF might be encrypted in a puzzle) in the specified time window and upload its screenshot along with “Resistance” in comment – do not edit! These passcodes are usually very quickly all redeemed, so you have to be prepared!

🔹Your objective is to find a portal on the Intel map using a picture clue that will be posted in the thread. The name of the portal, excluding spaces and exotic characters, will be a redemable passcode that will provide you a media – upload its screenshot along with “Resistance” in comment – do not edit!

🔹It is currently unclear how this challenge will look like – we will know more details once the NIA releases them.

These challenges are much more enjoyable when cooperating with your team-mates, check point 2 on how to join the Resistance team!

Tessellation scanner medals were announced on the forum on 19th April.
There is still time to qualify for both and help the Resistance with the Tessellation

🔹Individual achievement, awarded to agents of high participation in the Tessellation – criteria include:

🔺First Discoverers, Discoverers (be one of the 3 fastest agents to upload the media screenshot)

🔺Agents that retrieved Target Tesserae at physical portals but were not among the first 3 fastest uploaded screenshots, Target Drop coordinators (currently paused due to Coronavirus outbreak)

🔺Trackers, Decoders, Internal Coordinators and liaisons that were not included in the categories above (agents that help other agents on forums, internal faction groups, etc..)

The Knight of Tessellation

🔹A qualifying Tessera screenshot, is a screenshot of a correct Tessera media posted with agent’s faction comment in the correct forum thread while it’s Round is still open (we are currently at Round 10) + the comment must not be edited

🔹After the Tessellation is over, the NIA will release “the Tessellation Hall of Fame” = the list of agents eligible for medals – if you are not on the list and you think you should be – contact the Resistance Vanguards

🔹There will be a special opt-out thread for agents that find themselves on the Hall of Fame list, but don’t want the medals

🔹Also note that posting random Tesserae media screenshots on the Tessellation Outcome thread or old, already closed Tessera threads (see above – we are currently at Round 10 – new threads will be released shortly) will not make you eligible for the Knight of Tessellation medal

🔹You must redeem the passcode and gain the Tessera by yourself, borrowing medias or screenshots will not make you eligible for a medal!

🔹Check the NIA FAQ if you have more questions

HOW DO WE WIN?

Currently, there are 2 ways to claim points for the Resistance: 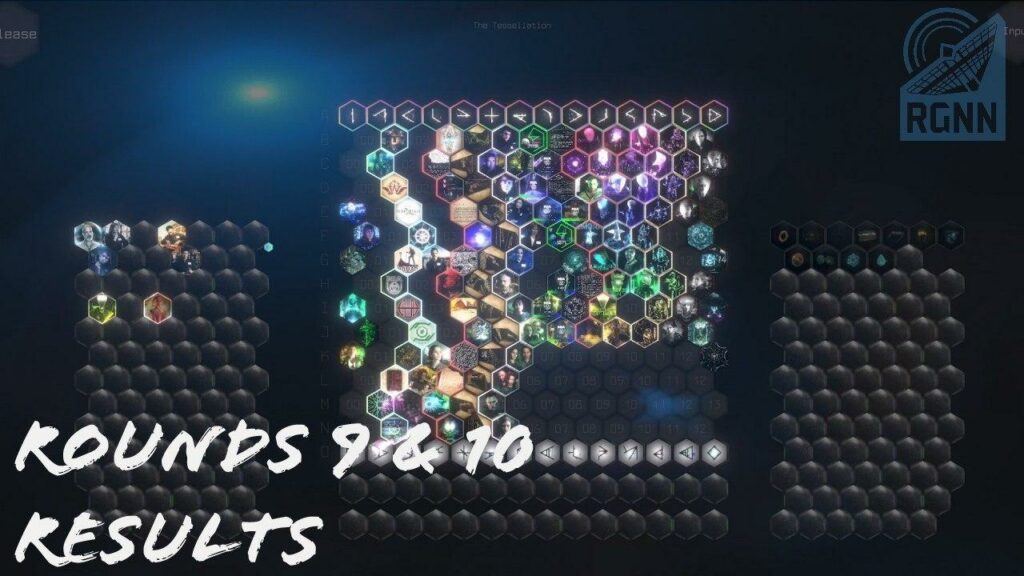